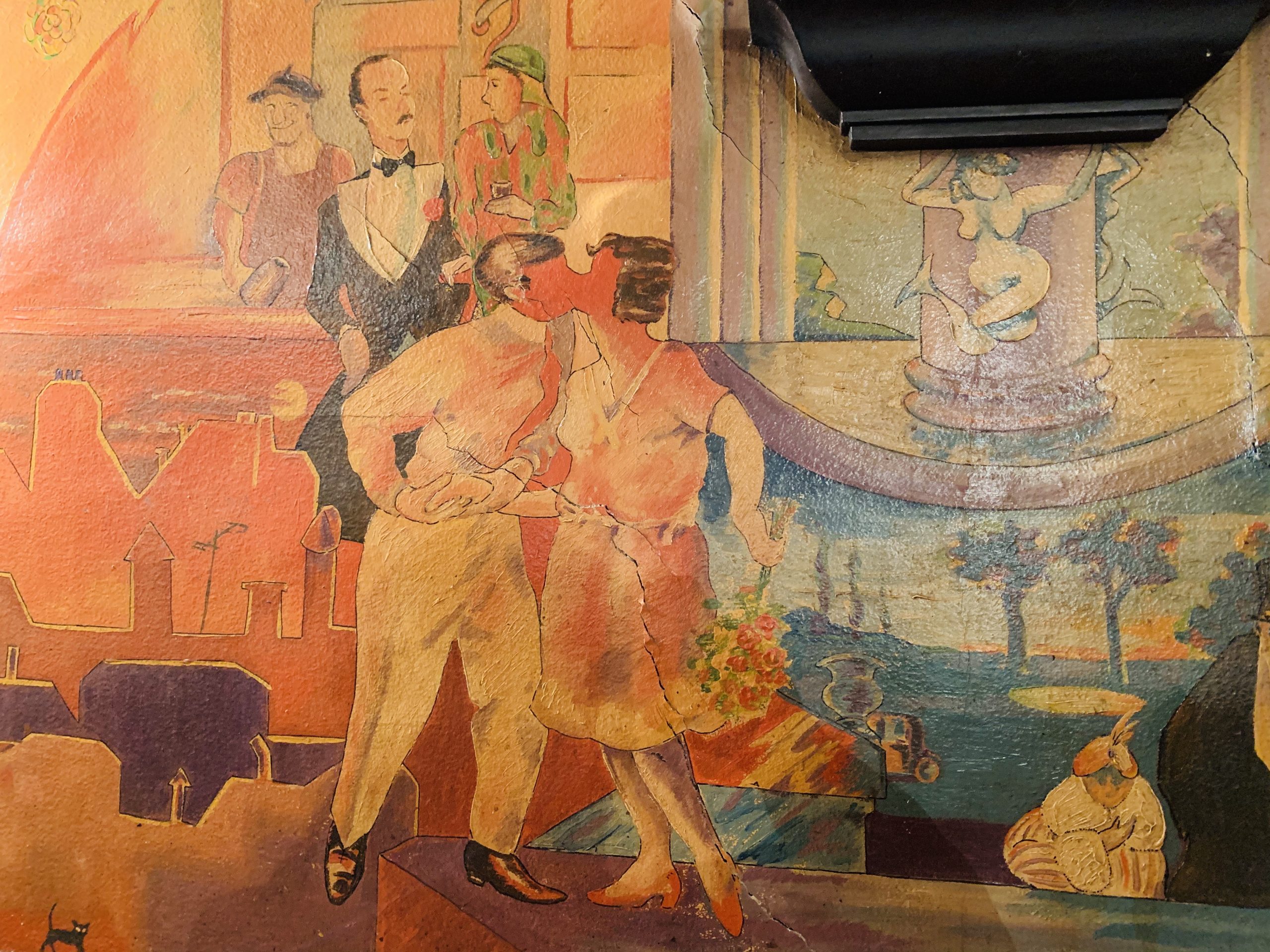 Polidor opened as a cheese store and restaurant in 1845.  In 1890, its owners closed the store to focus on the restaurant.

Frequented in the 19th century by artists such as the poet Germain Nouveau, who praised its cuisine, Polidor quickly became a popular rendezvous for artists, students, intellectuals and politicians from the surrounding neighborhoods. Then, as now, Le Polidor provided simple good French cuisine, both homey and affordable. Its tables have welcomed Sorbonne students, residents and visitors to the neighborhood  for over 175 years.

The restaurant is also famous for being the meeting place of numerous artists and especially for the Collège of Pataphysique Assemblies from 1948 to 1975. Diners at Le Polidor have included famous author and playwright Eugene Ionesco, director René Clair, poet Paul Valéry, novelist Boris Vian, and explorer and intellectual Paul Emile Victor. Polidor used to welcome Verlaine, Rimbaud, Jean Jaurès, James Joyce, André Gide and  Ernest Hemingway.  Hemingway who lived nearby refers to dinners at le Polidor with friends and with his first wife Hadley in “A Movable Feast.”   In the film “Midnight in Paris,” Woody Allen shot the meeting of the main character and Ernest Hemingway in Le Polidor. 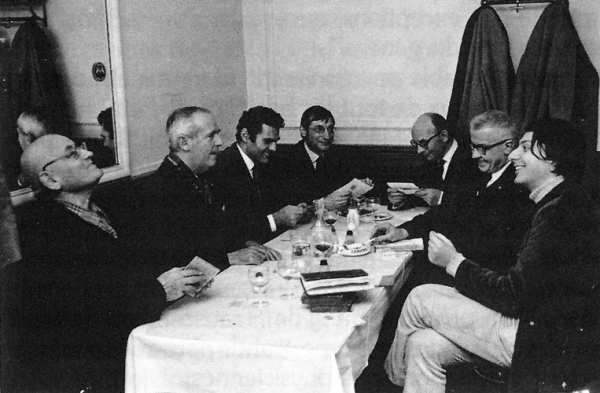 Once upon a time…

« Have a lunch with Marie Dormoy in an excellent restaurant: le Polidor, rue Monsieur Le Prince. I think we will keep going… ». This is what Paul Léautaud writes in its famous « Journal Littéraire » on the 21th of November 1941. «… I think i will keep going »… Who didn’t say that about this unusual little restaurant, if he had the privilege of entering it. The Polidor charm – a bit old fashioned, a bit bewitching – where does it come? From its immutable frontage whose architecture, color, and signboard send us in the past? Of this surprising series of small black lockers (at the back of the first room) which, for many years, have kept towels of regular clients, often famous? Entering the Polidor, it’s like opening a door to History.

Firstly, the place’s history: rue Monsieur le Prince. It is the old path that went along the rampart of Phillipe Auguste, later the ditch of Charles V enclosure. In the cellar of the n°41, a vestige of this rampart goes to Rue Racine. The « Crapouillot » of April 1960 reminded thereupon the « united chefs » of rue Racine in 1948, which Daumier nicknamed the « saucialistes ». The same « Crapouillot » evoked the Polidor « a cheap restaurant during the Belle Epoque where met starving philosophers and poor poetries ».

Space is needed to retrace the history of the Parisian restaurants but we have to clarify to readers the appellation of « Dairy – Restaurant », still worn today by le Polidor. This appellation appeared on the second half of the 19th century. Originally, catering is occasional. Polidor sold milk, eggs, cheeses, and soon, the restaurant « served » morning customers, essentially feminine. At the end of the century, some « dairy» became small restaurants.

This is the case for the Polidor. Bléry, caterer, owns the restaurant from 1845 to 1885. But it was Froissard who turned it into a real little restaurant in 1890, yielded it to Chauvin in 1900 and to Bouy in 1906. The life of the Polidor has always mixed up with the Parisian cultural life.

In 1874, the vagabond-poetry Germain Nouveau wrote to Richepin « We spent little money thanks to our knowledge of places where we eat as good and inexpensive as in Polidor… ». In 1883, its’Maurice Barrès who, in its famous «Voyage à Sparte » relates his meeting with Louis Ménard, father of the phonetic and regular client. He was himself introduced by Leconte de Lisle « who had a house Place de la Sorbonne, and, in this house a young charming lady, who came to eat for little money at Polidor… ». Louis Ménard was not the only one to find at Polidor « Pleasant the fried eggs consumed for little money ». There was also Jean Jaurès who appreciated the table…

As Verlaine who had lunch in 1893 with Enrique Gomez Carillo, famous Spanish journalist, and came back often with Rimbaud who lived in rue Monsieur Le Prince. The memory of Verlaine continues nowadays to be alive at Polidor: the Association « Les Amis de Verlaine » still meets there regularly.

FLet’s take a step back in history to this period: the Bony couple took back the Polidor in 1930. The Chef, Denis Recoules, was famous for his culinary feat. The life at Polidor continued to be composed by names that became famous. Pierre Benoît mentioned Polidor in its speech at the Académie Française. Pierre Béarn, Ange Bastiani, Ernest Hemingway, André Gide, Paul Léautaud, Paul Valéry, to name a few, became regular clients, often daily. And James Joyce, the author of « Ulysse », of which Jean Paris tells in « James Joyce par lui-même », his wanderings in the Latin Quarter « looking for a bouillon rue St-André-des-Arts or an omelet at Polidor ».

In 1948, Polidor became the headquarter for the « Collège de Patahysique »

Boris Vian promoted to the rank of « Transcendant Satrape » in May 53, will devote a large part of his time to pataphysician events. And the pataphysicians meetings continued at Polidor.

It’s difficult to sort among all citations of the Polidor on notorious writings and in the memories of men who marked the cultural life of Paris. Roger Leenhardt, great filmmaker who died in 1895, mentions the Poldior with tenderness on his book « Les yeux ouverts »which described the post-war atmosphere of Saint Germain des Prés. An entire chapter of the novel « Maquette à monter » by Julio Cortazar takes place at Polidor. Caricatursits, such as Wolinski and Cabu, leave some artworks in our « Guest Book » and some painters, who have since become famous, such as Pérot or Botero « draw with humor and friendship M. and Ms Bony ».

You may also feel the life of those who, one evening, make a stop in their tumultuous existence … And entered into Polidor.